ThrowBackThursday - In The Shadow of the Two JD's (Depp and Dillinger)

Looking back on a blog post of recent yesteryear from August 8, 2009 (and bringing it over from the old website for further reference): 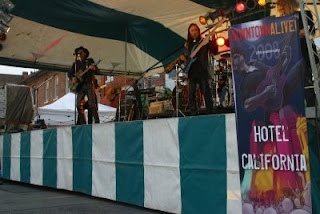 From the "I Was There" files:

Before leaving for yet another tour of Hotel California shows (currently typing this on a ranch in Altamont, UT), I went to see Johnny Depp's latest movie, "Public Enemies"

Now, it so happened one evening in June of last year 2008 I had the priviledge of doing a Hotel California show at "Downtown Alive" in Aurora, IL, where some filming for said movie was recently done inside the Paramount Theatre in Aurora some days before our arrival.

Watch this short video below and notice the parking structure, Subway sign and the alley in back of the theatre. (I suppose you can figure out who peers out the back SUV window) Then take a look at my photos below. 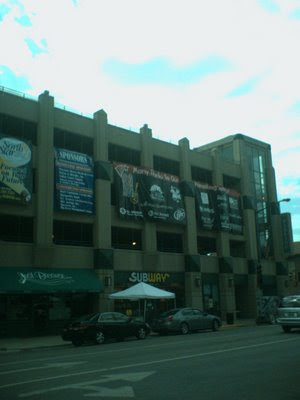 Took this picture on that very spot 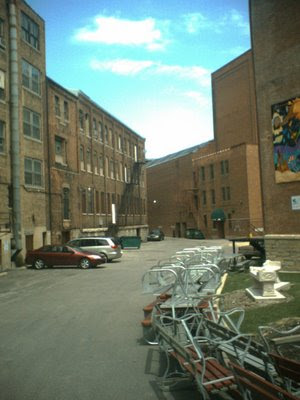 And another - the alley behind Paramount Theatre 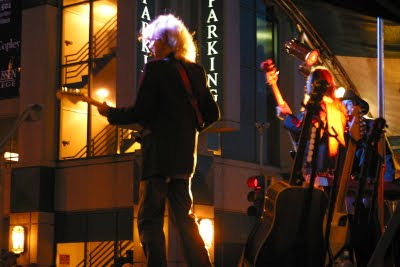 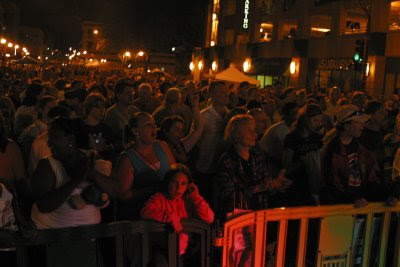 In addition, back in August 2007, Hotel California performed in Manitowish Waters which happened to be the location of the Little Bohemia Lodge where John Dillinger actually stayed and where a portion of "Public Enemies" was eventually filmed in 2008. Once again, I was there! :)

Well, not at Little Bohemia Lodge, but we stayed at Voss's Birchwood Lodge who's owner's mother was the sister of the wife of the owner of the Little Bohemia at the time of Dillinger's appearance. Following? Apparently the set designer for "Public Enemies" may have used furniture from the very room I stayed in at Voss's! Who knows? (By the way, the link I used as a reference for this fact is no longer available online)