More from, "Called to Create: A Biblical Invitation to Create, Innovate, and Risk" by Jordan Raynor 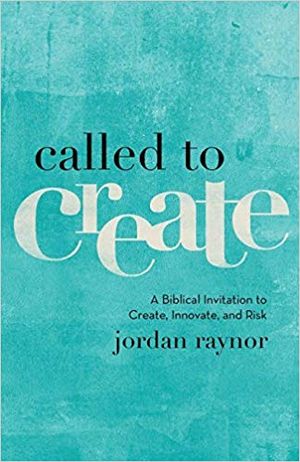 "For half a century I have been writing my thoughts in prose and in verse; history, philosophy, drama, romance, tradition, satire, ode, and song; all of these have I tried. But I feel that I haven’t given utterance to the thousandth part of what lies within me. When I go to the grave I can say as others have said, “I have finished my day’s work.” But I cannot say, “I have finished my life.” My day’s work will begin again the next morning. The tomb is not a blind alley; it is a thoroughfare. It closes on the twilight, but opens on the dawn." ~ Victor Hugo (Les Misérables and The Hunchback of Notre-Dame)

"Following the call to create means that we no longer work to make a name for ourselves; we work for the glory of the One who has called us."

I so loved this book, "Called to Create: A Biblical Invitation to Create, Innovate, and Risk" by Jordan Raynor

"[Entreprenuers] brought something out of relatively nothing. They established order out of chaos. And, through their creations, they loved and served the world. So allow me to submit a new definition for the word entrepreneur to guide the rest of these pages: an entrepreneur is anyone who takes a risk to create something new for the good of others."

"From my perspective, the act of creating a new business is not dissimilar to composing a song. Both require bringing something out of nothing, establishing order out of chaos, and creating something good for others."

"You’re valid. Step up. Bring what you’ve got. Don’t you dare hold back. Not cringing back, not with arrogant pride, with sane humility bring your stuff. Other people need it."

ThrowBackThursday - On being inches away from Picasso and others

, it reminded me of a game I used to play with the kids that used as playing pieces little cardboard squares with tiny prints of world famous paintings.  They were merely just that - nice, little cardboard replicas.


Well, it was a different story being just inches away from such works of art. Suddenly, this was the real thing, close enough to touch (though I dare not!!) .  It gave me the chills.   I Never thought I would enjoy it so much!
The majority of the time I spent in the special Picasso

exhibit and paid for the audio headphone tour (which I highly recommend-I got tired of reading, especially because it was really crowded and hence distracting) (Did you just see that?  The beginnings of art-snobbish-ness).  When it came closing time, there was sooo much I DIDN'T see!
I'm definitely going back and when I get home I'm going to have to pay a visit to some of those museums in LA.
Do you enjoy art musems?  Can't stand'em?  Share your thoughts below.

Something I am pondering today 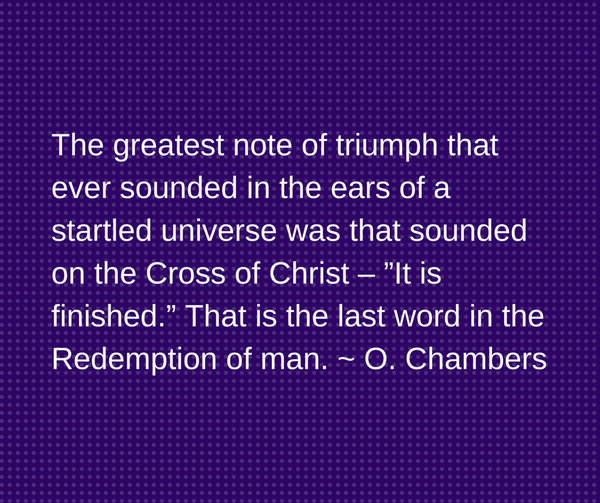 Looking back on a blog post of recent yesteryear (and bringing it over from the old website for further reference):

Rising and somewhat "shine-ing" on this rainy/not-rainy Montana morning, I found this often heard phrase (or something like it), "God helps those who help themselves", in "Matthew Henry's Concise commentary On The Whole Bible" (Is 40:27-41). (Maybe this is where that phrase originates?)

Ever heard it said, "It's not in the Bible"? Well, I don't believe it is, but how about this word from Mr. Henry (Photo on left-He must be cool-check out the gray hair!).
"Where God had begun the work of grace, he will perfect it. He will help those who, in humble dependence on him, help themselves."

I think it works - any thoughts? 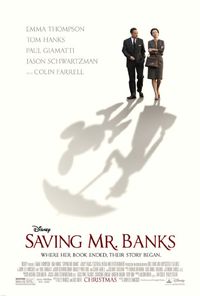 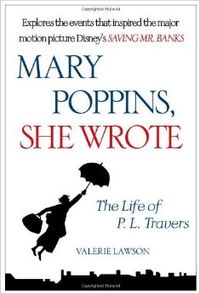 After seeing the movie "Saving Mr. Banks" sometime early this year, I naturally had to put the book on which this film was based ("Mary Poppins, She Wrote: The Life of P.L. Travers" by Valerie Lawson) on my to-read list for down the road.

Well....down the road finally came, and I recently enjoyed this read.

And here, Ms. Travers reminds the world she doesn't "write for children". :) 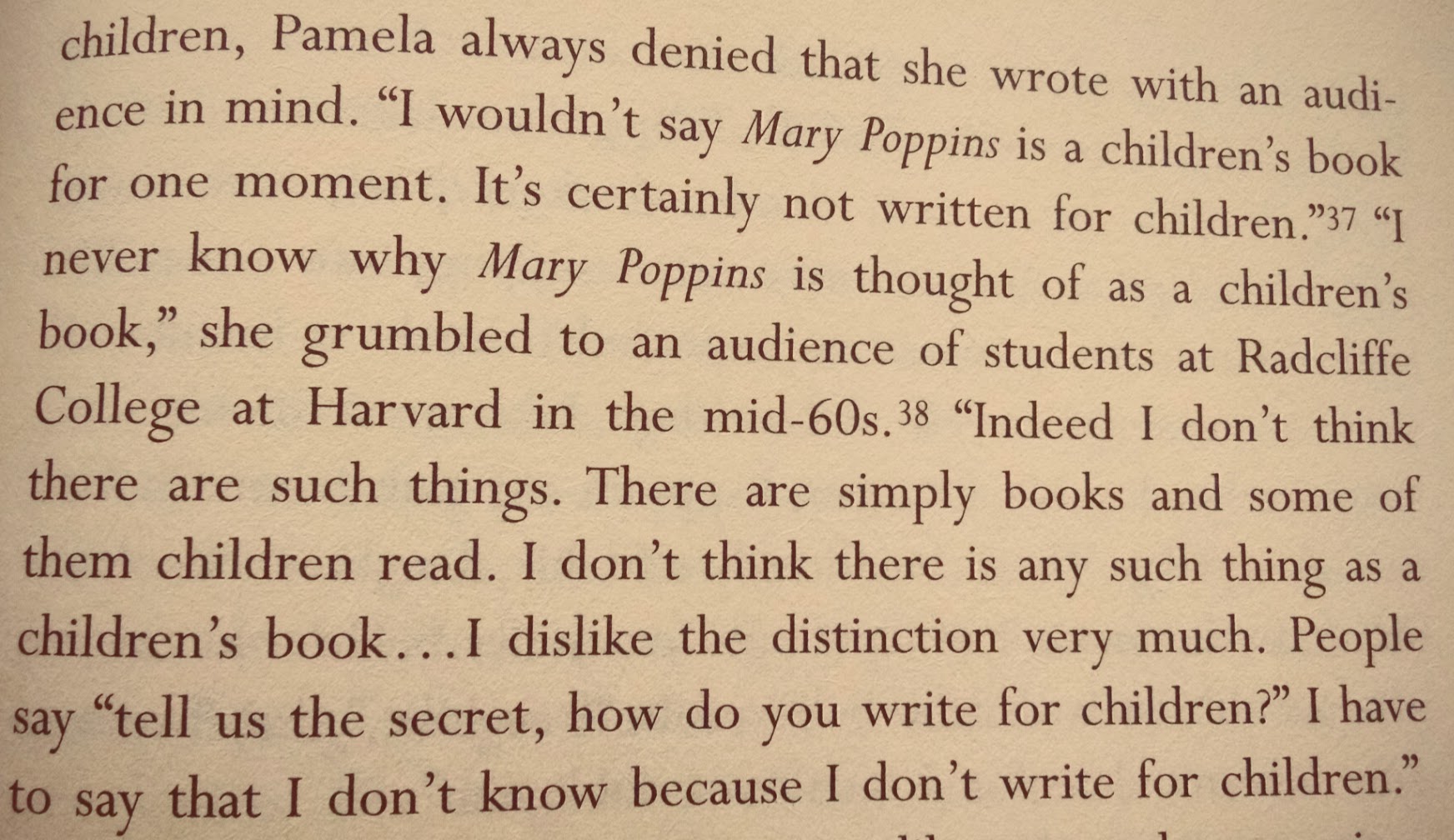 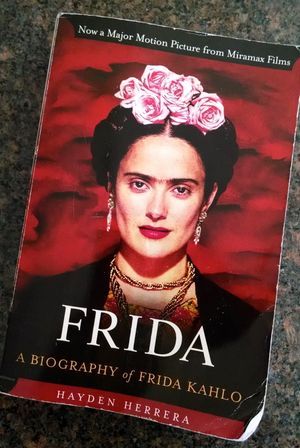 There's always a tiny fiesta that occurs in my insular sense of self-accomplishment whenever I finish a book - takes me forever!  And so I completed: "Frida: A Biography Of Frida Kahlo" This was indeed,  an "engrossing biography of Mexican painter Frida Kahlo" revealing "a woman of extreme magnetism and originality..." (Amazon)

I don't share Frida's view on things like religion or politics, but what a gutsy woman!  Got quite sad for me at the end with her declining health and her soul-searching renewed devotion to Communism.  There is always some nugget of inspiration though to be scooped up like scattered pinata treasures on the floor when reading about unique creatives such as Frida.  Have you read this book?  Have you seen the movie based on this book starring Salma Hayek?  Have you listened to the movie soundtrack?  (You would hear three "yes's" from me!) :) 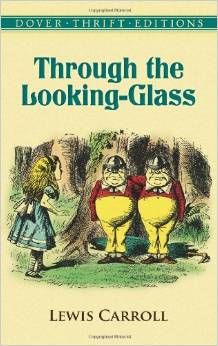 Had to cleanse my "reading palate" afterwards with the colorful silliness of Lewis Carroll's "Into The Looking Glass". It's the followup to Alice's Adventures in Wonderland, which I have read as well. Have you read these? I know, children's books, you say? I was very much entertained by the clever, non-sensical wordplay throughout.